What is Partum - Rise of a Gladiator?

Partum - Rise of a Gladiator has many Role-Playing game elements. Every character has a wide range of character attributes, a selection of skills learned and a unique set of genes (setting the limits of physical progression). The player can freely choose which purpose the character pursues.

The players define the way they want to develop their character. The character's gene pool suggests the suitability for certain areas and define how fast, strong or skillful a character could get with proper training.

While in the real world history, many entities of the Roman Empire were not free men and women - they were slaves - in Partum, characters will work for the players that are willing to pay a one-time life-time wage.

The life of a gladiator in the historic model was sometimes very short and unpleasant. The gladiators in Partum are protected from battle marks from the Arena League fights and tournaments. There is an element of aging involved. But the aging progress is triggered by character actions instead of passed time.

There is one way characters may lead to an immortal legacy: When a character reaches a master rank in a field of learning, the player may open a school in that field. Now he can offer tuition to other characters (own assets or other player's assets) in exchange for a tuition fee. The school is offering these services indefinitely even without the characters amongst the living. The effectiveness of the teaching (and thus the value) is cut in half when there is no character present posing as a tutor. For details please check the schooling section.

Some players will select to play the market and to steer the game economy. All game assets are represented as non-fungable tokens (NFTs) on the blockchain and are freely tradable. The players and the demand define the value and the margins that arise.

The valuable equipment for the gladiators and even for craftsmen is crafted by craftsmen of Partum - a player driven economy where players train all different kinds of craftsmen and let them craft valuable items. These items need basic resources that can be obtained on the player driven market or by owning the land that generates them.

Become a landlord by gaining ownership of the rich provinces the roman empire offers. Each land tile is represented by an NFT and provides a passive income through generation of basic resources. These resource gains can be increased by letting land workers work on the land possessed.

Build a legacy: the Descendant system

Every character has a fertility attribute assigned and will have descendants. As every character is loyal to his employer (the player), the character's descendants will offer the player exclusivity to employ him or her for a one-time fee to be paid in the PARTUM currency. If the offer is declined the descendant will enter the open market and be available to purchase for other players in exchange for FAME tokens. 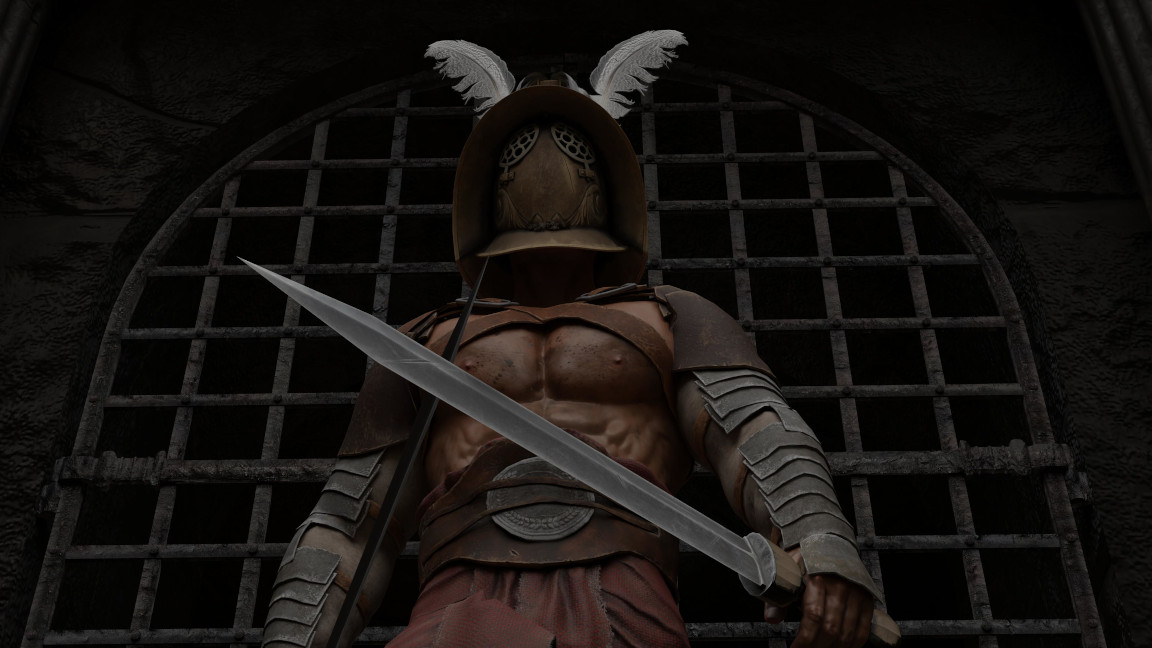 Fight as a gladiator

The main theme of the game is the engagement in Player versus Player (PVP) battles between two gladiators in a unique round-base combat system. There are different engagement possibilities offered:

Fight vs. a random opponent found through Partum's matchmaking system. As a training fight no harm is done and the fight has no effect on the character.

Same as above - you can always play with your friends without any effect on the character or the blockchain. You can challenge for a single duel; both players pick a character and afterwards a class. You can also challenge a Ludus fight; that is, a fight between all the players' assets where in each round a new character may be picked.

The Battle Arena fights are free to enter. Partum's matchmaking system finds an opponent and a single fight is held. Players enter the arena by choosing a character and after an opponent has been found, both choose simultaneously the class they want to represent. The winner receives a FAME token reward based on the current ranking of the character. Each character has a ranking and a league assigned. By winning in the Battle Arena the character is climbing in his league assignment. There will be seasons held, and at the end of each season the owner of the characters receive rewards, based on the current league assignments. Players have the ability to earn unique seasonal NFT rewards.

Gladiators may enter knock-out tournaments by paying a PTM based entry fee. After deducting a platform fee the remaining fees are distributed amongst the winners of the tournaments.

During the presale phases we will sell Level 2-5 gladiators. If you want to play the game on a budget, you can enter through the first presale, obtain coins on a 75% discount and get a level 2 gladiator for a steal. If you miss the presale or you have not decided yet, at the moment of the public beta and later, you can enter the game by buying a level 1 or 2 gladiator from the in-game market. The level 1 ones are untrained but they will be very affordable; and even with these ones you are able to play and enjoy the game. While the game offers a player-driven schooling system which requires further investments to use it, you can also choose to learn only in the arena. Earn Fame coins, get skill-boxes and train the gladiator on your own. The game is more fun and more tactical if you have already more skills at hand. But if this is the way for you to grind up from the bottom, you will find your chance!

All development and major achievements are tracked towards the characters and the account. Compete with others houses bringing the best Champions in the Arena.

Previous
Purpose of this Paper & Disclaimer
Next
The Creation