What is a Blockchain Game?

There are two main features to blockchain games. First: the integration of cryptocurrency for in-game payments and/or the use of non-fungible tokens (NFTs) within the games themselves. NFTs allow gamers to own unique assets within games that can be traded with other players or transferred across platforms.

Then there’s the nature of blockchain itself: an incorruptible database which can store information about who owns which items and what they are worth. This would enable them to be traded safely, with buyers having confidence that their items are genuine, and sellers have a record of the sale being finalized. Smart contracts can be used to make the whole process seamless and entirely transparent. There are also consequences for game data too. By using blockchain, players’ progress can be tracked, and cheating made all-but impossible. The days of nefarious gamers hacking extra skills or unlocking higher levels could be numbered. Blockchain is opening a whole new world of possibilities for gamers. Not only is it allowing them to immerse themselves even more in the games they play, but it is also giving many the opportunity to monetize their hobby. Great players can earn tangible rewards for their skills, while those with an artistic leaning can design and sell desirable, collectable in-game items. The potential is vast and the game devs are only just getting started.

How Big is the gaming market at all?

The blockchain gaming space is growing fast, with new titles coming out all the time as demand increases. As with regular gaming, there are good, bad and indifferent blockchain games, catering to all sorts of tastes. But we’re not interested in those. We’re concerned with the titles that are setting the pace for the rest of the sector and laying early claim to classic status. So, here in no order are ten of the blockchain games we’re most excited about. It’s a tough job playing a whole heap of games to find the best ones, but someone’s got to do it.

How big is the cryptocurrency market?

The gaming industry is one of the fastest-growing industries in the world and experts are projecting that in five years the industry might cross $300 billion in valuation.

Playing games has become easier with the introduction of mobile phones and gaming laptops. Research has shown that there are approximately 2.6 billion gamers worldwide and it has contributed a lot to the success of the industry. 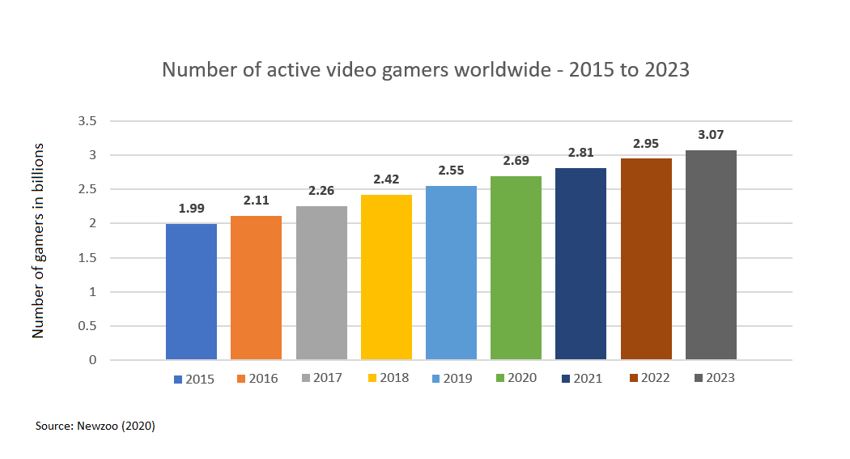 According to the latest statistics published by Bloomberg and Gaming Scan, the global gaming market’s current value stands at over $180 billion. Experts predict that this number will inflate in the coming years, reaching almost $315 billion by 2026 at an average growth rate of 9.64% between 2021 and 2026.

With such an enormous market for the taking, it seems that blockchain technology has found a solid gateway to the gaming universe. As an increasing number of game developers begin integrating blockchain elements like tokens and NFTs into their games, a new niche of play-to-earn (P2E) and NFT games has emerged as the fastest-growing sector within the global gaming market.

Blockchain games like Axie Infinity, Splinterlands, Upland, and several others have had a dream run this year, highlighting the rising popularity and acceptance of the P2E model among the gaming community. DappRadar’s Blockchain Game Report for October 2021 shows that more than a million Unique Active Wallets (UAW) are connected to one or more game dapps every day, which amounts to roughly 55% of the blockchain industry’s overall activity.

Other than the significant flow of new users, the blockchain gaming ecosystem is also witnessing a massive influx of funding, with venture firms investing upwards of $120 million in October 2021 alone, and this is just the beginning.

The NFT market cap for Top 100 Ethereum collections + NBA Top Shot is estimated at $14.19 billion, supporting the value flow into the NFT segment.

Games continue to drive usage within the industry. UAW connecting to game dapps increased 140% QoQ, while DeFi and NFT connected wallets decreased by 11% and 2% respectively from the previous quarter. Nonetheless, usage increased in all categories compared to August 2021.

Splinterlands became one of the most played dapps in the industry; the hive-based game increased its usage by a staggering 1,376% quarter-over-quarter, reaching 238,000 daily UAW on average during September 2021. Axie Infinity keeps shattering records as the game became the most traded NFT collection ever, surpassing $2 billion in historical trading volume.

The NFT space generated $10.67 billion in trading volume during Q3 2021, an increase of 704% from the previous quarter. Ethereum and Ronin accounted for 77.73% and 19.53% respectively from the record numbers. The DeFi space gets competitive as Terra, Solana and Avalanche consolidate as DeFi players. The TVL in the industry rose 53.45% QoQ reaching $178.12 billion.

Who are competitors in crypto gaming at all? In our gaming niche? Who are the market leaders?

Axie Infinity is a fantasy game that allows players to breed, raise and combat creatures referred to as Axies. It is a blockchain game that runs on the Ronin network to ensure transparent ownership and a secure, liquid marketplace. The game migrated from Ethereum due to high gas fees and Sky Mavis implemented the Ronin blockchain as their own Ethereum Fork.

The game features a three versus, three Axies battle mode where Players compete versus other players or versus the Environment. Two Axies may be combined to breed a new Axie using both Blockchain tokens AXS and SLP. 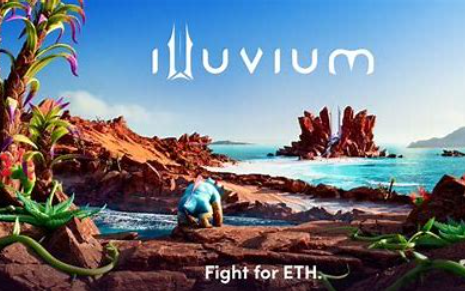 An open-world RPG adventure game built on the Ethereum Blockchain. Journey across a vast and varied landscape on the quest to  hunt and capture deity-like creatures called Illuvials. Players needs to discover the cause of the cataclysm that shattered this land. 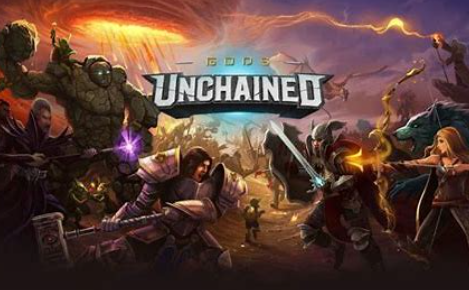 Gods Unchained is a free-to-play tactical card game that gives players true ownership of their in-game items. The game focuses on competitive play, which means players must strategically outsmart their opponents by building decks that are able to combat a wide variety of tactics. In Gods Unchained players completely own their digital items, giving them the freedom to trade, sell and use their cards any way they like – just like owning real, tangible cards. 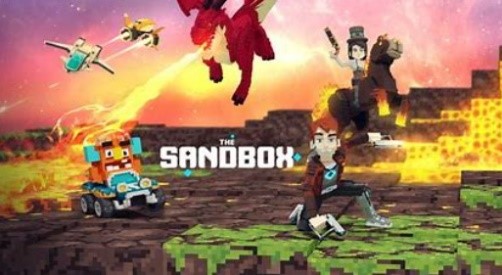 Sandbox 3D as the name already suggests, is an upcoming huge sandbox game that lets gamers create their very own world, where players can have parties, concerts and more. It is like a Minecraft but in a rather cute and visually appealing world.

Players get to buy land, create a mansion, throw in a bunch of swimming pools if they want, with an easy-to-use UI that makes everything drag and drop. 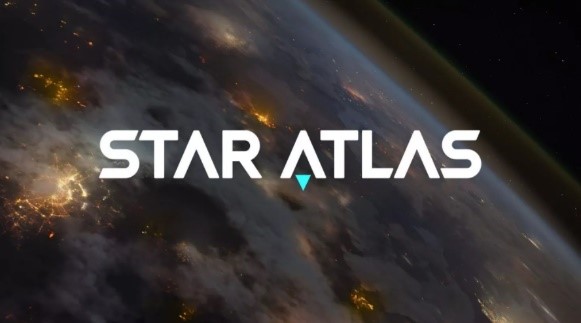 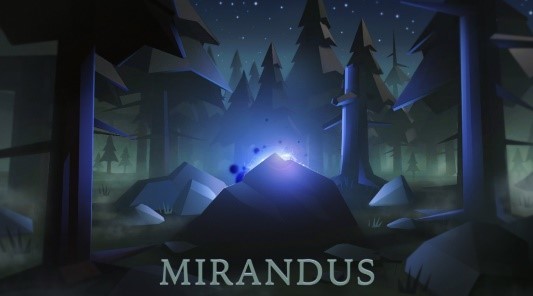 Mirandus is supposed to allow first-person exploring. Everything in the game belongs to the players, groups, or organizations. Everyone may contribute to the game’s booming economy. Mirandus is an open-world online role-playing game where players’ actions affect the universe.

Gamers will need to stock up on eatery and supplies before embarking on an adventure. The blacksmith needs timber from the woodcutter and meat from the farmer to construct a hilt. Players may be farmers, merchants, or bards in the game.

Town Star is a competitive farming game from one of the co-founders of Zynga, the company behind Farmville. Each week, the top players on the leaderboard win big prizes, and every day, players complete challenges to unlock and collect TownCoin play-to-earn rewards! The goal is to grow, gather and craft your way to building the most efficient and productive town imaginable. Player-owned NFTs offering in-game advantages can be purchased and traded on secondary markets! 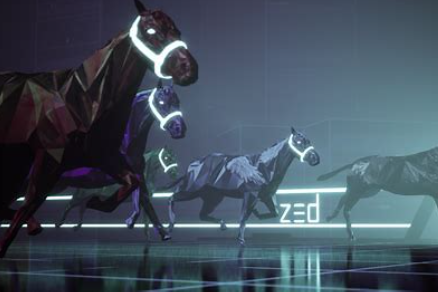 Zed Run’s popularity has recently skyrocketed, thanks to a rabid fanbase and some major recent press in the New York Times. While it is still in its early stages, Zed Run is one of the most incredibly interesting investment opportunities available right now.

It’s the crossing point of three major trends: NFTs, video games, and gambling. Each of these three trends has significant tailwinds, so combining them all creates something truly unique. 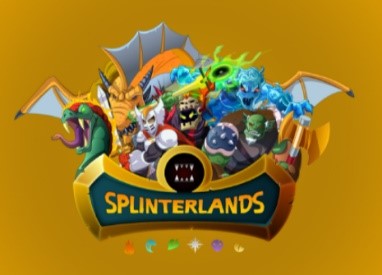 Splinterlands is a trading card multiplayer game with design that will make gamers think of a symbiosis between Pokemon card games and World of Warcraft characters. Even though the graphical design is not too challenging it was built on the Steem Blockchain and offers fast transactions and full transparency.

Partum – Rise of a Gladiator

Partum is so supposed to go a completely unique path. The presented games have within the crypto universe quite different game genres they represent. It is difficult to compare games from completely different genres but let’s give it a try.

If you compare Axie Infinity with Partum you will notice that both games are based on 1 Player vs 1 Player fights. In Axie Infinity your actions are defined by the body parts representing cards. If you want to change them you need to exchange the Axie. In Partum you can evolve the character and let him learn new skills and new classes. Axie Infinity has currently the problem that there are not enough burning incentives for the play-2-earn generated SLP tokens. Partum has a good approach to value the FAME Tokens by offering character evolving skill loot chests in exchange for FAME tokens and limiting the lifetime of the characters.

There are also similarities with ZED.RUN. In ZED.RUN there is a challenging gene system with all hidden genes that incentives breeding. In Partum you cannot combine characters as they are representing human beings, but there is also a hidden gene pool involved. In ZED.RUN, apart from the race selection there is not much interaction with the game as you cannot influence the performance of your horse in the game. We designed the combats to be heavily interactive introducing a deep strategic element to the game.

Comparing to Splinterlands we intent to provide a much more appealing user interface. The ascension mechanics in Splinterlands are limited and hard capped with the accounts worth. That is quite unfair, and we do not implement such limitations in Partum. You get as high as you capable of. The availability of new card packs is also limited. That drives card prices high as a deflationary mechanism but is difficult for new players to step a foot into the economy.

There are a lot of crypto games found that are only based on investments, farming or dice rolls. Our intention is to provide a gaming environment that is fun to play and is challenging at the same time.

Previous
Supplementary
Next
Things we do different