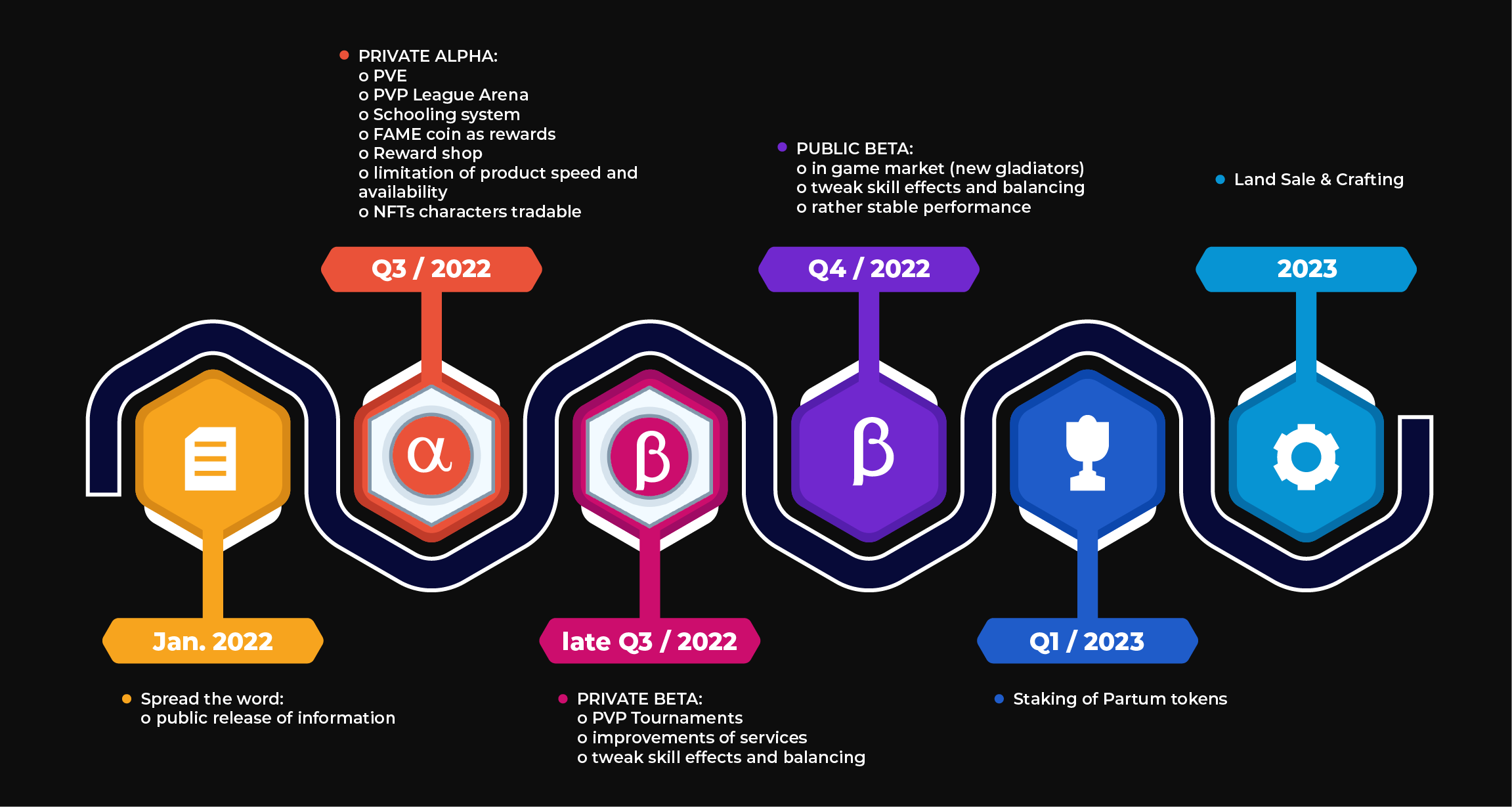 At this stage where the Whitepaper is publicly accessible, the concept creation & validation has concluded. We have already implemented a prototype client to validate & balance the combat system for 4 character classes: Murmilo, Retiarius, Dimachierie and the Provocateur. This client is a part of our toolchain to design the combat system so that it is balanced and fun.

We will release a video trailer, to be found here: [insert]

(b) Spread the word

In January 2022 we are starting to make this whitepaper document public and reach out to the public. We plan to get some collectable NFTs out there. These will not represent in-game characters but they will provide limited profile pictures that may be used in a later stage in the game.

The private alpha release date is expected at Q3 / 2022. It will be accessible to all NFTs acquired with PARTUM coins of the first presale.

The private beta is scheduled to late Q3 / 2022. It will also be accessible to all NFTs aquired with PARTUM coins from both token presales.

The public beta is scheduled to Q4 / 2022- At the public release stage the game will be open to any player. Partum coins will be publicly available. After the previously sold Legends of the Past gladiators have sold out, new characters will only be available on the game market as level 4 (trained) and level 5 (untrained) characters or through a secondary market run by the players.

Expected in 2023. Land plots will be ownable as NFTs and generate resources for crafting. These resources can be used or traded.

Gladiators need to equip and own the right items to use with their class. The quality of the items (durability and utility) will vary. The items will be player created and owned NFTs, that can be used and sold on a secondary market. Items will not bind to a player on usage.

At least after the release of this patch, there will basic sets of items available to allow players to continue fighting without further investments.

Previous
The Birth of a Metaverse
Next
Legends of the Past